This weekend is all about the next generation.

One million or so people turned out in Washington, DC, for the March For Our Lives, and thousands more turned out across the United States. If you only have ten minutes, watch Emma Gonzalez’s speech and 11-year old Naomi Wadler’s speech.

A few of the many amazing signs and participants below.

Women’s rights-focused (I saw several tweets that suggested the authors were anti-choice and compared gun deaths to the number of abortions): 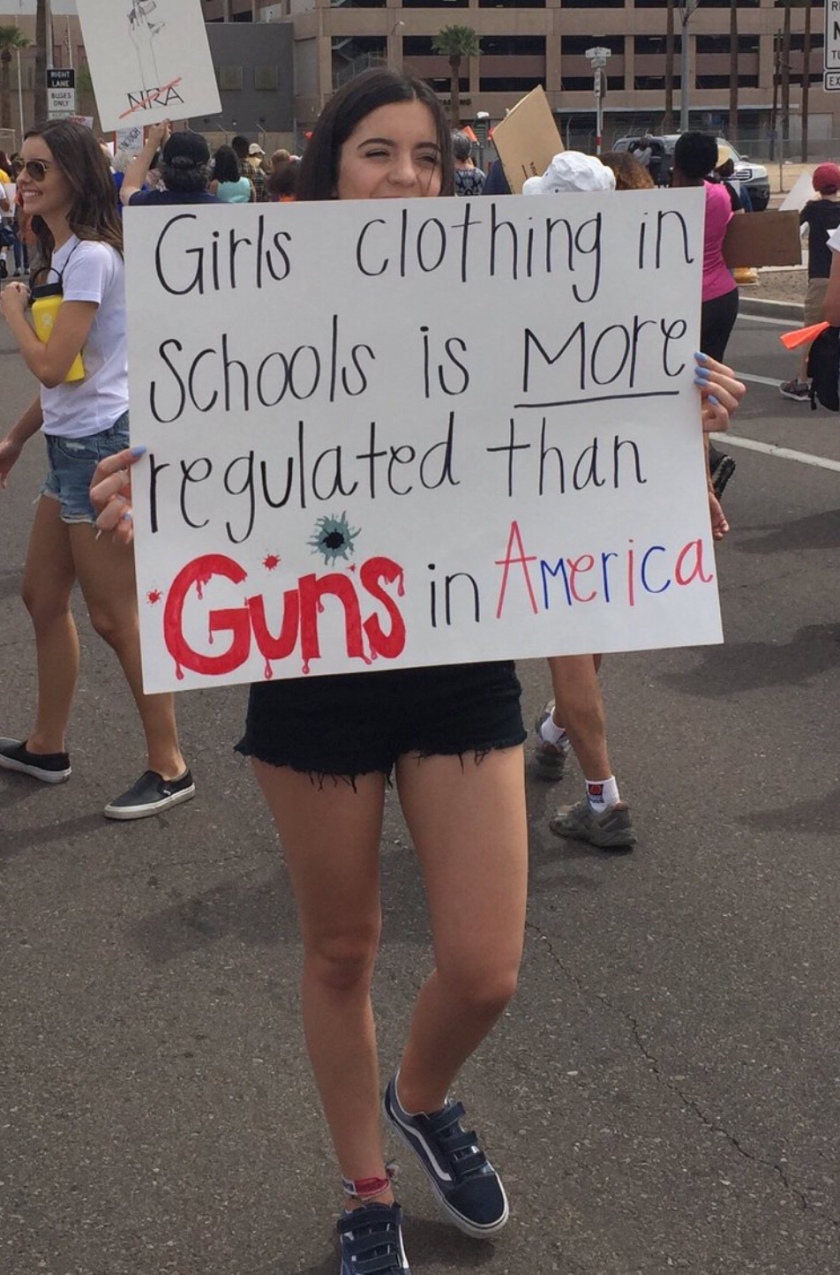 Paul McCartney showed up in honor of John Lennon:

And many signs focused on obviously immoral laws that have been changed since the Constitution: 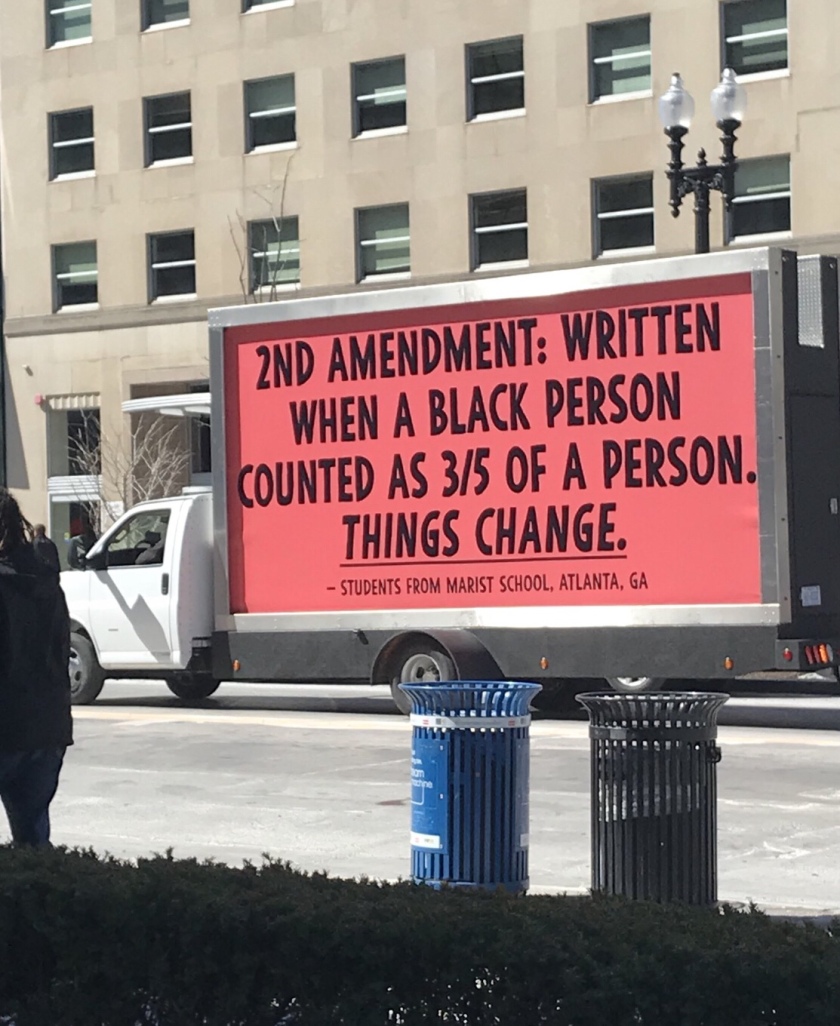 My media for the week includes several more articles about the March.